It’s that time of year again. Here is a summary of some key 2015 provisions and updated brackets:

Source: Forbes.com.Click here for a complete version of the 2015 Tax Tables.

Personal Insurance: The individual mandate fine (for going without insurance) began in 2014 and will increase in 2015. The tax is typically the greater of two amounts: The basic fine ($325 per person and $162.50 for each family member under 18), or an income based levy (2% in 2015 of the household income over the tax return filing threshold).

Gift Tax Exemption:  The annual gift tax exemption (amount that can be gifted without requiring a gift tax filing) remains at $14,000 per person.

Medicare Premiums: Similar to last year, Taxpayers have to fall below a Modified Adjusted Gross Income (MAGI) of $170,000 ($85,000 for Single Taxpayers) to pay the standard monthly Medicare Part B premium of $104.90.

Social Security Payroll Taxes: The Social Security wage base, upon which payroll taxes are due, increased from $117,000 in 2014 to $118,500 this year. Keep in mind the FICA tax rate (paid on income up to the wage base) remain unchanged at 6.2% for both employer and employee.

Something New for 2015: President Obama’s myRA has begun. Similar to a Roth IRA (maximum contribution of $5500, tax-free growth if the funds are used for retirement), the myRA invests in a conservative government bond fund only. The myRA has a maximum account balance of $15,000, but there is no minimum.

The above explanation is summarized. It is not all inclusive. Please confirm all specifics with your tax professional.

When it comes to investing, we have a core set of beliefs that we hope will keep us grounded in all markets.  Investing is a lifelong commitment, with no destination.  We accumulate shares in multiple disparate market baskets, because of a belief that the combined results will be far more effective than the individual components.  We believe market timing ultimately causes more harm than good, acting as a headwind to the power of compounding growth.   And, finally, we take the financial media with a grain of salt, because of a basic understanding that fear and sensationalism sells.

Once in a while, however, we can be surprised by something.  Although I don’t expect any readership records were set, I was surprised to see a little more credence to our side of the story in 2014:

The Wall Street Journal reported on record inflows to Vanguard and Dimensional funds in 2014, driven by dissatisfaction with high fees and poor results of the actively managed mutual fund world (and Warren Buffet’s comments).  The Washington Post article about returning to the basics, had a number of quality suggestions.  And, MarketWatch offered a less than typical take on giving up the search for market predictors.  Although, the temptation to try for outperformance isn’t going anywhere, it was nice to see a little trend develop in 2014.

Here’s to another boring year of accepting market results, for better or worse, based upon a core set of beliefs and a well thought out portfolio design.  Happy New Year from all of us here at Pathways!

How the Dollar Affects International Returns… Then and Now.

The year was 2006… Headlines screamed of a falling dollar. 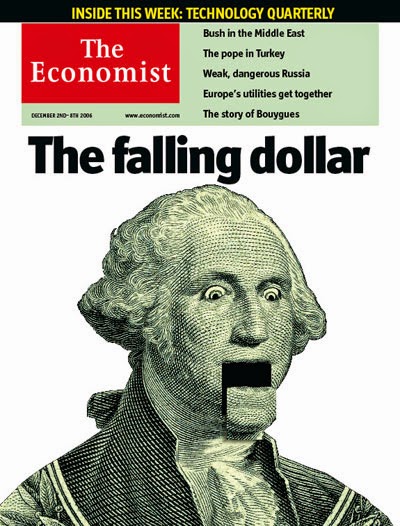 Meanwhile, the international funds in your Portfolio had screaming returns.

Fast-forward to 2014… The US dollar rises against every developed market’s currency. 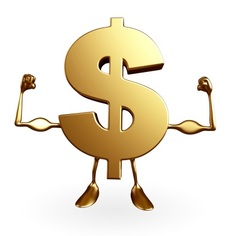 Meanwhile, you watched the value of the international funds in your Portfolio fall.

Foreign countries are trading and paying dividends in their local currency. How their currency relates to the US dollar affects the asset’s performance in your Portfolio.  Occasionally, this effect can be quite dramatic, as it was in 2006 and again last year.  Converting the dividends, or the proceeds from asset sales, to our currency can translate into more or less US dollars for you, based on the strength of the dollar relative to currencies abroad.  When the dollar is high, you receive less dollars.  And vice versa.

In 2006, as the dollar fell, the MSCI EAFE Index (a benchmark for developed international investing) had a return of 26.86%, much greater than the 19.19% return you would have made if you held the assets in their local currencies.  It was also greater than most returns at home, with the S&P gaining 15.80% that same year.  At that time, it was likely not uncommon for investors to wonder if they should move towards holding more international funds.

Last year we experienced another dramatic change in dollar value.  The strength of the US dollar greatly attributed to a negative return in most international investments, even when those same assets had positive returns in their own country’s currency.  For example, the MSCI EAFE index boasted a 5.92% return for 2014 in local currencies.  Overall performance was positive in these countries for last year.  However, due to the strength of the dollar, our returns for that same index here at home was in the red, at -4.9%.

This can be confusing when you hear about the “strong market performance” in 2014.  You look at your Portfolio and wonder where the rest of your return went.  Those 20 second market reports you hear on the radio likely refer to stock performances here at home, likely the DOW Jones or S&P 500… Large US stocks.  And those assets had a great showing last year.  The S&P 500 rose 13.69% in 2014.

Fortunately, the impact of the US dollar on international returns is not usually so dramatic.  Markets drive returns in the long run (not currencies), and there is great value to long-term investing internationally.  Although there is more volatility, the return rewards you for this (over time).

We have been informed that all Schwab’s 1099s will be mailed out by Friday, February 6th. If you are expecting one and haven’t received it yet, you should have it next week. Yet again, Schwab extended their mailing date into February to reduce the number of corrected 1099's, but corrections are still a possibility. Please give our office a call if you have any questions.

Good luck with your taxes!