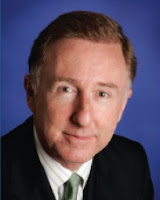 The holiday season encourages media retrospectives about financial markets. It’s fun to match these up with what people were saying a year before.

“That sounds like a big gain, but a lot of things have to go right for the market to make such impressive headway,” the writer said. “Even the most bullish of these Street seers fears stocks could be more wobbly in the next six months than in the six months past.”

There was so much for forecasters to get right—the negotiation of the euro zone crisis, uncertainties over the growth of earnings, the roadblock of the US presidential election, and the challenge for emerging economies to sustain high economic growth rates.

Twelve months later, markets are still grappling with many of the same issues, though from different angles. Much of Europe is either in recession or growing only modestly, unemployment is high, and a number of countries that use the euro are unable to pay their debts. The US presidential election gave way to worries over the “fiscal cliff,” while Chinese exports have been hit by the slowdown elsewhere.

In the meantime, however, there have been solid gains in many equity markets, including parts of Europe and Asia, as well as North America. That Barron’s panel forecast of the S&P 500 reaching 1,360, which the magazine said was ambitious, now looks conservative. The index was 4% above that level by mid-December. What’s more, some of the strongest performances have been in emerging and frontier markets.

The table below shows performances for 2012 (through November 30) and annualized returns for the past three years for twenty developed and twenty emerging markets, using MSCI country indices. Returns are ranked on a year-to-date basis and expressed in US dollars.

Among developed markets, three members of the seventeen-nation euro zone—Belgium, Germany, and Austria—were among the top ten best-performing equity markets this year. Leading the way among emerging markets was Turkey, which regained its investment grade ranking from agency Fitch in November.

While not one of the top performers, the US market still delivered positive returns in what many observers judged as a highly uncertain economic and political climate.

And while much of the media focus has been on the so-called BRIC emerging economies of Brazil, Russia, India, and China, the real stars in the emerging market space the past three years have been the Southeast Asian markets of the Philippines, Thailand, and Indonesia.

There are a few lessons here. First, while the ongoing news headlines can be worrying for many people, it’s important to remember that markets are forward-looking and absorb information very quickly. By the time you read about it in the newspaper, the markets have usually gone on to worrying about something else.

Second, the economy and the market are different things. Bad or good economic news is important to stock prices only if it is different from the information that the market has already priced in.

Third, if you are going to invest via forecasts, you need to realize that it is not just about predicting what will happen around the globe, but it is also about predicting correctly how markets will react to those events. That’s a tough challenge for the best of us.

Fourth, you can see there is variation in the market performance of different countries. That’s not surprising given the differences in each market in sectoral composition, economic influences, and market dynamics. That variation provides the rationale for diversification—spreading your risk to smooth the performance of your portfolio.

So it’s fine to take an interest in what is happening in the world. But care needs to be taken in extrapolating the headlines into your investment choices. It’s far better to let the market do the worrying for you and diversify around risks you are willing to take.

In the meantime, many happy returns!

Dimensional Fund Advisors LP ("Dimensional") is an investment adviser registered with the Securities and Exchange Commission.
All expressions of opinion are subject to change without notice in reaction to shifting market conditions. This article is provided for informational purposes, and it is not to be construed as an offer, solicitation, recommendation or endorsement of any particular security, products, or services.
©2012 Dimensional Fund Advisors LP. All rights reserved. Unauthorized copying, reproducing, duplicating, or transmitting of this material is prohibited.
Posted by Pathways Advisory Group, Inc at 11:00 AM